Good nutrition is essential for physical and cognitive development and general well being. Nutritional challenges are particularly acute in low-resource settings of the developing world, which are often challenged by growing populations, inadequate infrastructure, limited education, poverty and little access to energy and appropriate productivity, preservation and transport technologies. The result is that millions suffer from shortage of food and/or inadequate nutrients in the foods they consume. Paradoxically, much of the food produced in the world is wasted.

While the root causes of food and nutritional insecurity are complex, engineering solutions to enhance agricultural productivity, food preservation and nutritional content of foods have potential for considerable global impact.

Water-saving irrigation technologies: Drip irrigation systems are currently the most effective method to improve crop yields while conserving water. To make them truly effective for low-resource communities, the systems must be low-cost, locally sourced, appropriate, and optimize watering timings. In 2016, the Water and Energy Research Laboratory (WERL) designed a novel irrigation device that require no electricity to operate. The controller utilizes the forces of soil water tension across the tensiometer to actuate a membrane-based valve and allow water to flow through the device and into the crops. As the surrounding soil moistened and reaches equilibrium with the internal controller pressure, the valve closes and shuts off irrigation. The conceptual design was developed into an initial prototype which was taken to a community of small-scale farmers in Pedro Arauz, Nicaragua for user feedback. The local farmers were able to configure the irrigation controller after one tutorial confirming that the design is both easy to build, use, and maintain by the intended individuals. During the summer, two controllers and a data-logger were placed in the south-field of Kortright Farm in Toronto to test against a timed irrigation system and a non-controlled environment.  These preliminary tests demonstrated that the passive controller for drip irrigation could provide 69% water savings compared to timed irrigation. Food supply chain improvement: This project is focused on understanding the complex interactions among various stakeholders in food supply chains, and identifying optimal supply chain designs for developing countries, with considerations of localization and incentive alignment. Improvements in the food supply chain will reduce the food mileage, resulting in less demand for infrastructure and reduced food waste. 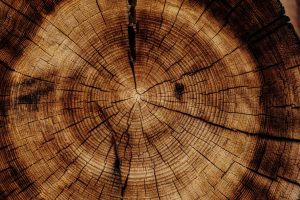 Novel Food Preservation Coating: The aim in the project is to develop bio-based coatings that can be directly applied to fresh food products thereby reducing food spoilage, as well as cellulose packaging materials to improve barrier characteristics and recycling. Safe, self-assembling proteins as well as under-utilized fractions of plant biomass such as xylan, are being developed for this purpose.